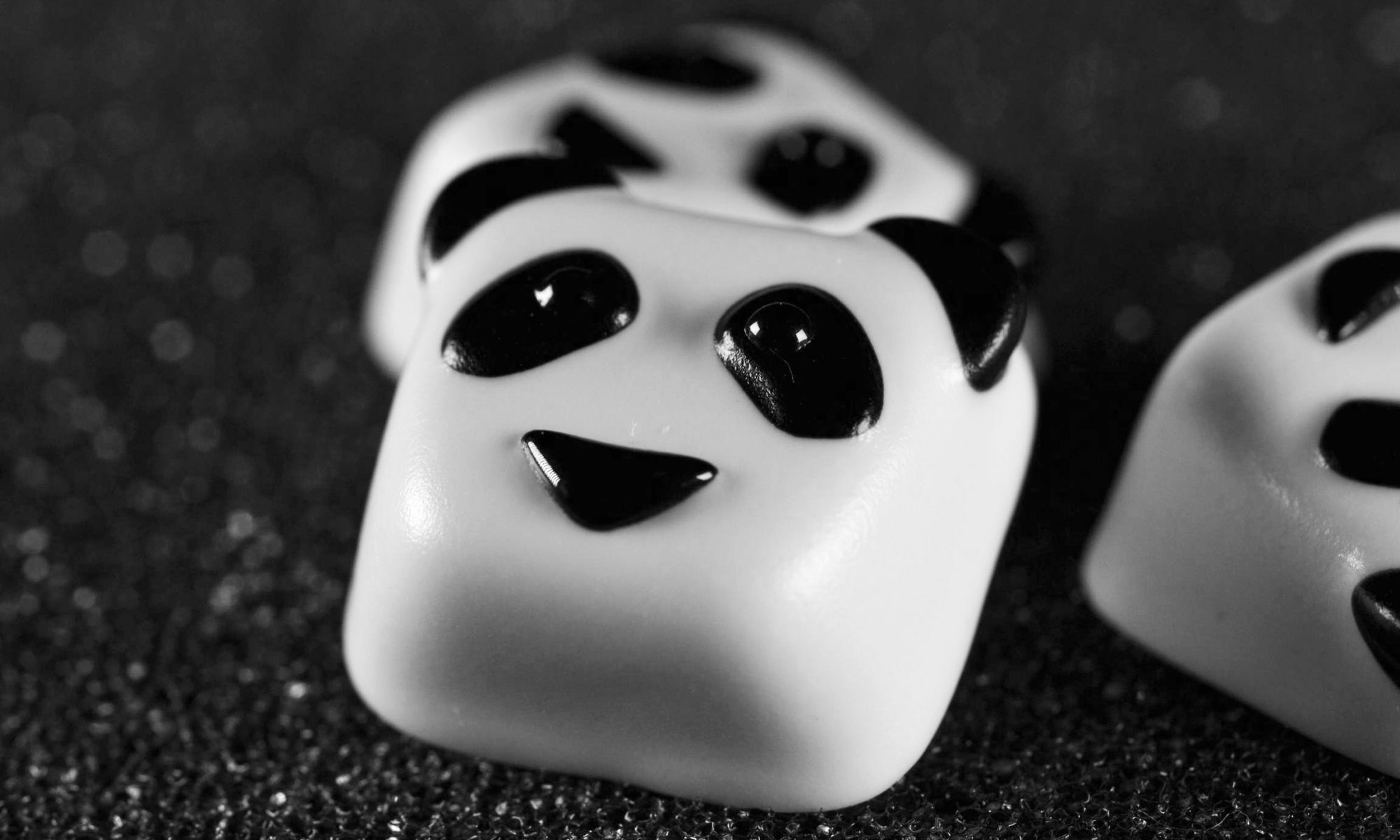 This is the Panda OG, the panda in the original colorway.

The stem is (cherry) mx compatible.
Note: You are purchasing a single panda keycap. This is a handmade item, we guarantee that the final product will not deviate more than 5% from the pictured item.

The panda is a actually a bear native to south central China. It is characterised by large, black patches around its eyes, over the ears, and across its round body. Though it belongs to the order Carnivora, the giant panda is a folivore, with bamboo shoots and leaves making up more than 99% of its diet. Giant pandas in the wild will occasionally eat other grasses, wild tubers, or even meat in the form of birds, rodents, or carrion.

In the past, pandas were thought to be rare and noble creatures – the Empress Dowager Bo was buried with a panda skull in her vault. The grandson of Emperor Taizong of Tang is said to have given Japan two pandas and a sheet of panda skin as a sign of goodwill. Unlike many other animals in Ancient China, pandas were rarely thought to have medical uses. The few known uses include the Sichuan tribal peoples’ use of panda urine to melt accidentally swallowed needles, and the use of panda pelts to control menses as described in the Qin Dynasty encyclopedia Erya. It is said to be fierce as a tiger, but gentle and strictly vegetarian, and described in some books as a white tiger with black spots.